I again finished Little Green, the last of Walter Mosley’s Easy Rawlins series.  I first read Little Green and blogged about it two or three months ago when it was first published.  I enjoyed it so much that I decided to re-read the whole series to re-acquaint myself with all of Mosley’s great characters – Easy, Mouse, Juice, Feather, Etta Mae, Mama Jo, Jackson Blue.  I enjoyed the series better the second time around.  The strength of the novels is the characters and what happens to them;  how they develop as the years pass from book to book.  The mysteries actually – for me at least – are interesting, but not as much as the characters and their development.

I’ve moved on to a Louise Erdrich novel, The Round House.  I’ve never read her before.  I’ve started because a friend mentioned that she is reading an Erdrich novel.  I thought that I should give her (the author, not the friend) a try.

When I started re-reading the Easy Rawlins mysteries, I also decided to re-read the Dave Robicheaux mysteries.  I am mentioning them today because Thom Hartmann in his blog says that the author, “James Lee Burke is, in my humble opinion, the best living writer in America. He’s the Hemingway of our generation.”  I think there are 15 books in the Robicheaux series of which I probably read about seven or eight.  Hartmann refers to one of them, The Tin Roof Blowdown, as “the first truly big American novel that revolves around Hurricane Katrina.” 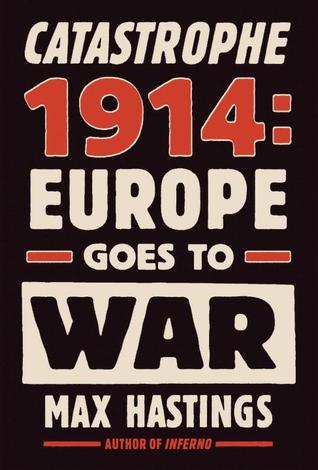 Last night I finished Max Hastings book on the start of World War I.  Hastings writes about the lead up to the war and the months of the war before the trenches were dug all the way from Switzerland to the English Channel.  This was when the war was still a war of movement and not yet the trench warfare that would prevail into 1918.  Even before the continuous line of trenches was in place, the carnage was terrible, unprecedented – the first example of modern, total industrial war.  It must be hard to write about WW I.  There is a sameness to the battles and tactics that lead to – I thought – a somewhat repetitive narrative that bogged down in places when describing the experiences of individuals.  I’ve read most of what Hastings has written about WW II and never felt that those books were tedious in parts like the WW I book.  Still, I hope Hastings follows up this volume with others that take the history through the end of the war.  I would definitely read them.