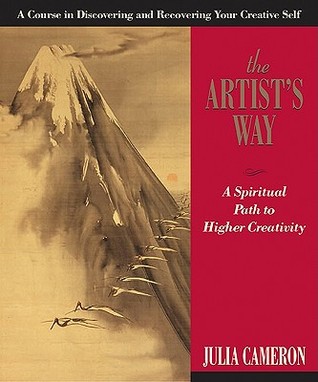 I write daily Morning Pages, usually, but not always, actually in the morning, late morning.  I learned about Morning Pages in Julia Cameron’s book.  I sometimes find them a chore when I am at a loss words or energy.  Eventually I manage to finish and find that writing the pages helps me make decisions and plans, although that is not necessarily the goal.  Like meditation, writing Morning Pages is best approached without any concrete goals. One simple writes what enters one’s head and comes out at one’s fingertips.  Julia Cameron says that you should write three pages a day.  I’ve translated that in Penzu.com to 600 words.  I remember from my high school typing class that one typewritten page is 200 words.  Am I right about that?

This morning I had a mini-writer’s block.  Below is what I wrote.

And now what do I write about?  Yada Yada Yada.  The beat goes on.  Keep on the sunny side.  Don’t stop believing.  Carry on.  Full speed ahead.  Damn the torpedoes.  All men on deck. Hurrah.  Man your battle stations.  Do your best.  Nuts!  Put your best foot forward.  Never say die.  Red sky at night, sailors delight.  A stitch in time . . .  Let’s all pull together.  We shall overcome.

What did Tom Joad say in The Grapes of Wrath when he finally left his family?  (I just Googled it.  Sometimes the internet and search engines come in handy).

This is what Henry Fonda says in the movie.  I don’t know if it is a direct quote from Steinbeck.

Interesting; I start with not knowing what to write and end with quoting Steinbeck.  The quote is one of my favorites.  Stirring.  Makes me think about getting involved; more than just signing online petitions and writing a small check now and then.  I suppose I could join the Democratic Party and become active.  I certainly would never even consider the Republicans – the party of ostrich-like denial, but I also am not enamored with today’s Democratic Party.  My qualms with the Dems are more tactical than ideological.  The Dems don’t know how to fight the right-wing.  They don’t know how to get their message out.  They don’t know how to talk to people and drum home a few basic points.  They don’t know how to answer the no-new-taxes mantra.  They are even in too cozy with big business.  Both parties have been captured.  Big business, with the aiding and abetting  of the government, has become too strong.  What’s an individual, a very introverted individual, to do?  What is to be done?  (Now I’m quoting Lenin, or at least the title of a piece he wrote around 1902.)