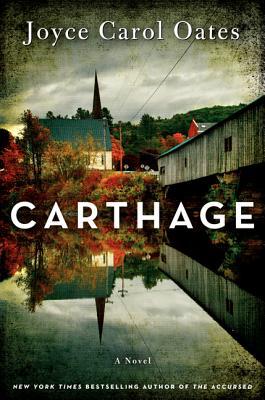 I finished Carthage by Joyce Carol Oates.  Good book.  I was engrossed for most of the book.  A couple sections became a bit tedious, but for the most part it was engrossing.  I was impressed by how Oates seamlessly incorporated a number of social issues without it becoming obvious or over-burdening the plot.  Oates writes about the United States’s system of incarceration, not directly as in non-fiction, nor in a didactic, opinionated style.  Her picture is just part of the novel, part of the plot.  Similarly for the wars in Iraq and Afghanistan and post-traumatic stress.  All of this as the background of a good story.  And as Stephen King says, you first have to tell a good story.

I’ve now read two Oates novels in the last couple of months after getting to age 65 without reading one.  I’ve looked at her novels in book stores, but never quite wanted to read one.  That ended when I was curious about the title of her last novel before Carthage; The Accursed.  I read the dust jacket and bought the book.  Same thing happened with Carthage; I was attracted by the title.  I’m sure I will read more of  her books.