I’ve been listening to Carlos Vives’s Clasicos De La Provincia, a new discovery for me.  I ran across a music critic – Carlos Quintana – who had contributed a video on Yabla Espanol.  I followed his trail to the web site where he writes about Latin music.  I read his article on the best-ever latin albums and ended up buying two.  One by Carlos Vives who specializes in Vallenato.

Colombia’s vallenato started as a type of romantic cowboy music that provided a commentary on the lives of ranchers and campesinos cut off from the urban centers. It was played primarily in the countryside until it received radio commercialization in the 1940’s.  Since both vallenato and cumbia [another type of Columbian music] use similar instruments, the easiest way to distinguish vallenato is by the use of the accordion. . . .  Vallenato has recently seen an explosion in its popularity with the music of one-time soap opera star, Carlos Vives. Vives assembled a group of older folkloric players with some of the best coastal musicians around his home town of Bogota, creating a rock/vallenato style that has made the form popular with younger Colombians as well as bringing this music into Latin music’s mainstream.

Quintana also recommended Cachao’s Master Sessions, Volume 1.  This is Cuban jazz with touches of many types of Cuban music such as Son, Danzon, Mamba, Rumba.  I couldn’t help but like this album considering that Cuban Son in one of my favorite types of Music.  [I’ve turned up the volume twice since I started writing.]

A few years ago I started to learn more about Latin music and to listen more.  Since then I’ve been rewarded with some wonderful listening.  The variety and depth of Latin music I find endlessly rewarding.  At the start of my exploration of Latin music I read Caribbean Currents.  As the book describes, the roots of Latin music differ from island to island or country to country.  They differ according to what country colonized the area (England, Spain, France) and to what extent the area had a plantation economy or more of a European-settler economy.  Areas with plantation economies used African slaves extensively, and the plantations were often owned by absentee landlords with hired managers, thus there was relatively little European musical influence. 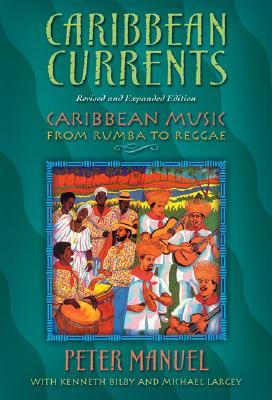