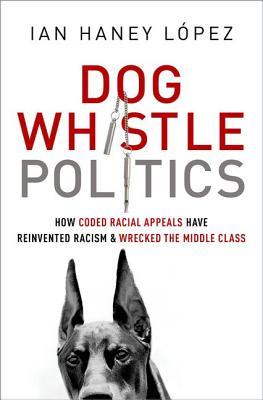 I am once again going to be quoting extensively from Dog-Whistle Politics.  This is a book to read if you want information to counter the cant and hypocrisy spewed forth by today’s conservatives and Tea Partiers.

Lopez goes on to write:

On the more fundamental question of assimilation, scholars recognize that today’s immigrants from Latin America (and also Asia), no different from the generations of European immigrants before them, are “being successfully incorporated into American society”; indeed, studies find “great continuities between the experiences of earlier European immigrants and current, predominantly non-European immigrants.”  Moreover, the notion that crossing the border without authorization generates a pervasive disdain for the  law is demonstrably false.  Research shows that undocumented immigrants from Latin America commit far fewer [emphasis mine] depredations, not far more, than citizens.  Evidence shows too that undocumented immigrants are far less likely than others to use expensive social services, including hospital emergency rooms.  Indeed, unauthorized immigrants pay considerable more in taxes – typically through payroll withholding – than they receive in social services.

If illegal immigration is actually not a big problem (or not a problem at all), why all the furor stirred up by the right?

. . . the “illegal alien” rhetoric is highly popular with racial demagogues.  Stressing illegality provides a way to seed racial fears without directly referencing race. . . . By constantly drumming on the crises posed by “illegals”, the right fuels a racial frenzy but can deny its intention to do any such thing.

This illegal-alien demagoguery started back as least as early as the time of (guess who?) the god-king Ronald Reagan.

In the 1980s, Ronald Reagan had warned that migrant workers from Mexico, as well as war refugees from Central America, constituted a potentially traitorous group in the nation’s midst [did Reagan actually believe this?]  To many this suggestions seemed farcical.

Get the book and read it.  We progressives and liberals need to fight back.