Given the unique power of the state, it is not enough for leaders to say: Trust us, we won’t abuse the data we collect. History has too many examples when that trust has been breached. Our system of government is built on the premise that our liberty cannot depend on the good intentions of those in power; it depends on the law to constrain those in power.

I found the above lines of Obama’s speech of yesterday compelling because I feel that there is already too much “trust me” in government today, even in the Obama administration.  There was a lot of “trust me” in Obama’s speech, although if  the initiatives he suggests are implemented our privacy will be greater than it is presently.  Our Founding Fathers were not trusting people.  They thought that no one individual should be entrusted with unrestrained power.  That remains the one of the key foundations of a society that abides by the rule of law.  Stalin’s solution to the trusting of individuals was to execute, deport, or imprison anyone who he thought threatened his power.  He did his best to concentrate all power in himself.  In our system, power is dispersed widely and I think it has always been seen as a threat to our way of life when one sector grabs too much power, whether government or business.

. . .the challenges to our privacy do not come from government alone. Corporations of all shapes and sizes track what you buy, store and analyze our data, and use it for commercial purposes; that’s how those targeted ads pop up on your computer and your smartphone periodically. 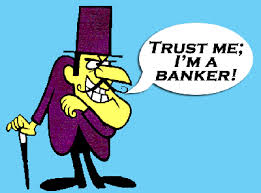 Again, I am glad to see this stated by Obama.  But at the same time I read of the idea of allowing private organizations like Google to store metadata about our phone conversations instead of the NSA or other government organizations.  I would much rather trust the government not to misuse such metadata than I would trust a large corporation.

I listened to the speech with mixed feelings.  Still too much “trust us”, but moving towards a better situation than exists today.