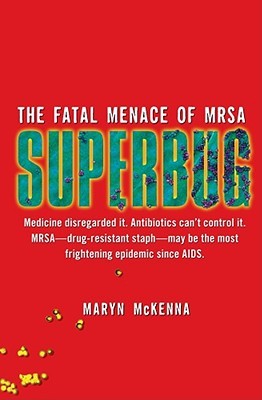 The superbug described in Maryn McKenna’s book is MSRA (methicillin-resistant staphylococcus aureus).  It is resistant to many other types of antibiotics besides methicillin.  Superbug focuses on the history of MRSA.  Other types of bacteria are also becoming resistant to antibiotics.  This suggests the possibility that sometime in the future there will be no way to treat bacterial infections.  In “Imagining the Post-Antibiotics Future”, an article re-printed in The Best Science and Nature Writing 2014, McKenna describes what such a future might be like.  One of the great benefits of antibiotics is that

Infections that had been death sentences – from battlefield wounds, industrials accidents, childbirth – suddenly could be cured in a few days.

In an post-antibiotic world, such infections would again become death sentences as would infections from more mundane causes such as everyday cuts and scapes and insect bites that we tend today to ignore.

Without the protection offered by antibiotics, entire categories of medical practice would be rethought. 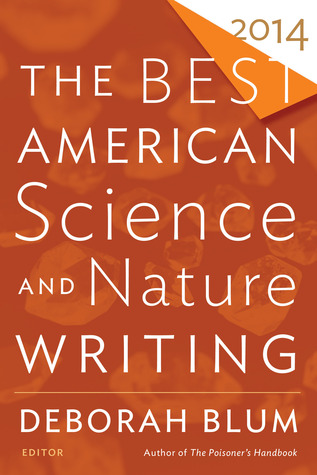 All the following are done with high risk of infection and are feasible today because antibiotics are avaible to stave off infection.  Without antibiotics they might become to risky to use.

Life for everyone would become much more risky.

Before antibiotics, five women died out of every thousand who gave birth.  One out of every nine people who got a skin infection died, even from something as simple as a scrape or insect bite.  Three out of every ten people who contracted pneumonia died from  it.  Ear infections caused deafness; sore throats were followed by heart failure.  In a post-antibiotic world, would you mess around with power tools?  Let your kid climb a tree?  Have another child?

Agriculture will have problems in a post-antibiotic world.  Agriculture that depends on antibiotics such as industrial rearing of cattle, pigs, chicken, and turkey will be more expensive.  Antibiotics are also used intensively in shrimp farming, fish farming, and growing fruit.

All is not completely bleak.  Recent developments give hope that a post-antibiotic world may not inevitable.  The January 14 issue of The Telegraph reports on the first new antibiotic discovered in 30 years, teixobactin.  Teixobactin

has been hailed as a ‘paradigm shift’ in the fight against the growing resistance to drugs.

Teixobactin has been found to treat many common bacterial infections such as tuberculosis, septicaemia and C. diff, and could be available within five years.

. . . the new discovery offers hope that many new antibiotics could be found to fight bacterial infections.

. . . bacteria will not become resistant to Teixobactin for at least 30 years because of its multiple methods of attack.